YALA
Yala, a former region of Pattani. In the reign of King Rama V (King Rama 5) has been updated to the new rulers a rule Edsrpibre and has issued regulations for the government seven cities Sovereign era 120, which consists of Pattani, Nong Chik Yaring Sai Buri Yala Rangae and Raman in each city will be divided into Sub-District area and the village later in the year 2447 was declared in Pattani province care instead of the 7 provinces, Nakhon Si Thammarat province. And collapse the city to 4 cities including Sai Buri, Pattani, Yala and Rangae next year 2450 the city of Yala area, divided into 2 Muang District, including Yaha district, Yala and later Act 2475 has been canceled, and in Pattani province. Year 2476 has transformed the city of Yala Yala Province as the Kingdom of Siam Act BE 2476 on organizing regional administration. Into the district and province to province governor. And the Provincial Department of Public Administration. 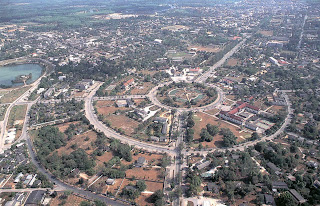 Yala, a province of the Municipal Planning held a spider the most beautiful in Thailand. And won the contest three years in a row between the clean and BE 2528-2530 has been raised as Yala municipality in the year 2538 in the year 2540 was selected from World Health Organization is a 1 in 5 cities of Thailand in the project cities around the world.
Park Kwan Muang.
Yala city park. 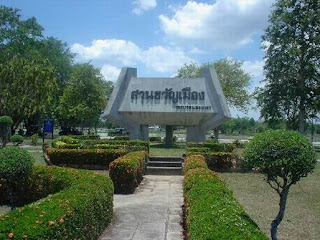 Away from the City Pillar Shrine 300 meters derived from the swamp park is a sports bar scoop and place of recreation of the inhabitants of the rock and an artificial beach. The stadium sound dove Java Prem Tinsulanonda came open Kwan Muang Park on July 21, 2529.
Bang Lang Dam.
Building blocks Tapi river at Ban Bang Lang, Bacho district, 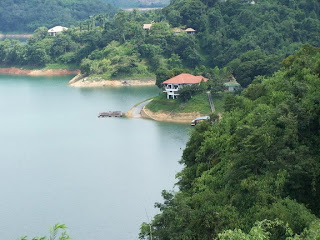 Bannang Sata district. Away from the city along Yala Yala - Betong about 58 miles to the intersection of the dam at the 46 mile and turn right to another 12 miles to the dam dam built to prevent flooding, irrigation and power generation at the dam over the pavilion view. Overlooking.
Wat Na Tham
Measuring stand Pimuk (Wat Na Tham) 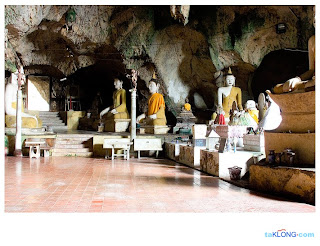 was Na Tham Muang Yala along - Hat Yai town 4 km away from the path to the Yaha district. Villagers commonly called Wat Tham page because the temple is a large cave with a large reclining Buddha of the ancient shrine inside. Assumed that the building since 1300 as the reclining Buddha Srivijaya period. Length 81 feet 1 inch, believed to be the same as Vishnu Banthom Sin Pang. Because the images cover the head snake cobra hood spread. Subsequently adapted to a Hinyan reclining Buddha. Reclining Buddha Wat Na Tham people of this southern sanctuary is considered a key territory in the southern third of the city Phra Nakhon Sri. Phra Chaiya at Surat Thani Reclining Buddha and Wat Na Tham.
เขียนโดย thailandsmiletour ที่ 18:30